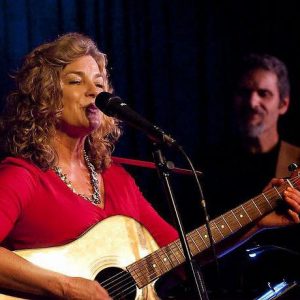 A group of World Class musicians with a shared passion for Joni’s music, beautifully nuanced versions of Joni’s quintessential classics, without resorting to Tribute Band-style mimicry

When the counter-culture blossomed in the late 1960s, Joni Mitchell’s poetic tales of free men in Paris, buskers who played for free, and love — lost and found — raised the bar for folk music fans everywhere.

In time, she would meld rock, jazz and world music into a sophisticated style that captured the world’s attention and several Grammy wins. Joni Mitchell was the soundtrack for a generation.

Now singer Kimberly Ford has created “A Celebration of Joni Mitchell,” a group of World Class musicians with a shared passion for Joni’s music. The band includes George Friedenthal on keys; Lee Rollag on guitar; Tom Buckner on saxophone; Tom Etchart on bass, and Charles Levin on drums. They perform songs from every decade of Joni’s career.

Kimberly and the band perform beautifully nuanced versions of Joni’s quintessential classics, without resorting to Tribute Band-style mimicry… A true “celebration” of Mitchell’s artistry. Ford has been a fan since her coming-of-age years, where she learned to sing using Mitchell’s soul-baring, 1971 “Blue” album as a primer. “Her poetry and melodies spoke to my experiences before I even had a language for them.”

From their first Sold-out Show, it was obvious that this band does something that makes people feel good.