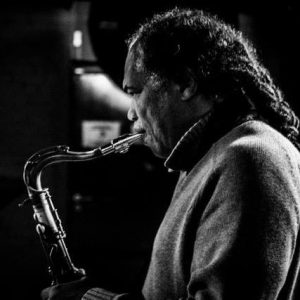 Join us tonight for some of the original “Bridge Music” – the music of John Coltrane played by some of the Bay Area’s top talent!

Richard Howell´s roots are deeply imbedded in jazz music, the entire Howell household had no other choice then to listen to the wonderful recordings of Count Basie, and the radio was always tuned to the jazz stations.

Richard’s father purchased hundreds of jazz records and would expose his children to the proud accomplishments of what his father referred to as “the music of Africans of North America”. Whatever his father wanted to label it, Richard lived and breathed Jazz daily.  One day Mr. Howell Sr. came home with the music of John Coltrane and handed it to Richard along with his exclusive permission to use the stereo, triggering a long-time love affair …

John Coltrane remained a staple for Richard and musical inspiration for many saxophonist worldwide.

Despite a relatively brief career (he first came to notice as a sideman at age 29 in 1955, formally launched a solo career at 33 in 1960, and was dead at 40 in 1967), saxophonist John Coltrane was among the most important, and most controversial, figures in jazz.

Since Coltrane was a protean player who changed his style radically over the course of his career, this has made for much confusion in his discography and in appreciations of his playing. There remains a critical divide between the adherents of his earlier, more conventional (if still highly imaginative) work and his later, more experimental work. No one, however, questions Coltrane’s almost religious commitment to jazz or doubts his significance in the history of the music.