After the Fire – Benefit for Wade Hoefer

On view through January 4

Kim Eagles-Smith Gallery is offering a selection of oil and paper collages by renowned Healdsburg artist Wade Hoefer to aid his recovery from losses he suffered during the Kincade Fire in October.

At the end of October 2019 the Kincade Fire tore through Sonoma and parts of Lake County destroying homes, structures, vineyards and threatened the lives and dreams of thousands. Amongst the buildings left in ruins by the blaze was Soda Rock Winery, where renowned Healdsburg painter Wade Hoefer had his home and studio.

Caught unprepared by the speed of the approaching flames Hoefer along with the remaining staff of the Winery were ordered to evacuate and leave everything behind but the clothes on his back and fortunately his cell phone. Hoefer lost all his possessions including over twenty paintings and a major commission that was nearly finished.

“Like many I watched the horror unfold on the television news and was astounded and dismayed to see my friend and colleague of over twenty five years interviewed by reporters.  The next day I called him and offered my new gallery in Mill Valley to host a benefit exhibition. However, all his available art works were lost. Yet the news of the fire and the loss suffered by Hoefer had spread to former San Francisco gallerist Michael Dunev now residing in Girona Spain, and at whose studios Hoefer had spent several summers producing paintings and collages. Dunev was in possession of a substantial body of art produced between 2004 and 2005 and has generously donated this collection to be offered to the public at prices substantially below list, in a gesture of solidarity with Wade Hoefer.” —Kim Eagles-Smith

After exhibition expenses all proceeds will be given to the artist.

These works on paper represent Hoefer’s signature style, landscapes that recall a rustic classical world. Several contain images within another image: A landscape superimposed over an antique photograph. Densely painted in oil and richly patinated they create a tension between abstraction and figuration. Rich layering of veiled of honey and amber hues become the foundation for each individual composition. 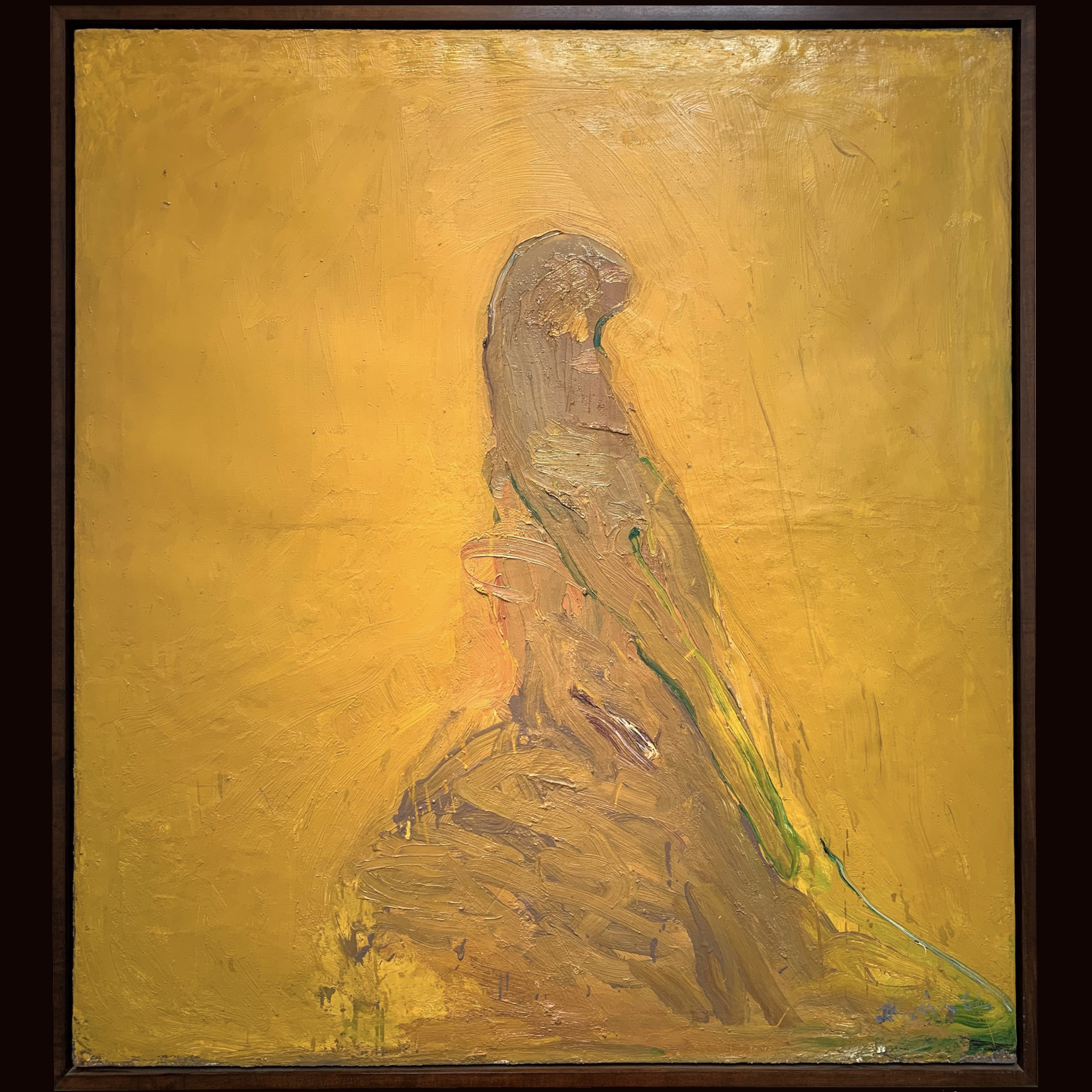