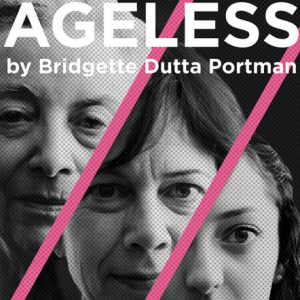 Theater comes to the Buck! Two readings of a speculative-fiction play by Bridget Dutta Portman.

Ninety is the new thirty at the turn of the 22nd century.

When Marin refuses to take the anti-aging drug celebrated by the rest of society, she invokes her mother’s ire and risks becoming marginalized in a culture that worships youth, denies death, and treats old age as a malady.

As Marin’s choice begins to affect not only her but the people she loves, will she find the strength to hold out, or succumb to social pressure?

The Buck Institute is proud to present two readings of the play Ageless, or A Revolt of the Flesh, which had its world premiere in San Francisco in 2017.

“Ageless was inspired, in part, by a philosophical question I think everyone has asked themselves at one time or other- ‘if I could choose to live forever, would I do it ?

The characters in the world of Ageless are not immortal, but they are eternally youthful. I wanted to explore what the absence of aging would do to people’s understanding of and relationship with death, both on a societal and an individual psychological level.

Is aging, and mortality itself, something to be transcended, or is it something so intrinsically part of what it means to be human that to eliminate it would have unintended negative effects?”

The play will be followed by a question and answer session with the playwright for what is sure to be a provocative event.

Buck Institute for Research on Aging

Please find any available spot in any of our parking lots. There is additional parking under the solar panels.

CONNECT WITH Buck Institute for Research on Aging