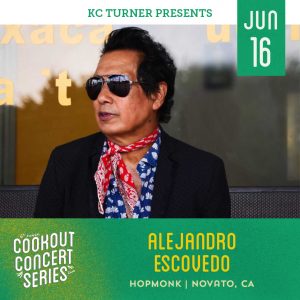 Crossing borders, jumping barriers, taking risks, betting it all: that’s the path Alejandro Escovedo has been taking in his lifelong search for the heart of rock and roll.

Forever the curious explorer, he’s been a punk of the rebel kind in The Nuns, a cowpunk of the non-Western variety in Rank and File, commander of a guitar army in The True Believers, an orchestral conductor in his solo work, and a sensitive boy who has outrun death, demons, lust, and lost love in his songs.

He has collaborated with Bruce Springsteen, John Cale, Los Lobos, Peter Buck & Scott McCaughey, Los Texmaniacs, and Chuck Prophet. No Depression magazine declared him the Artist of the Decade.

The stories Alejandro Escovedo has been telling about the great migration across North America over the past 150 years mirrors stories that have been playing out for centuries in Europe, Africa, and the Middle East.  “It’s ancient,” he says. “It’s been going on for centuries. It’s encoded in the DNA of all of us.” 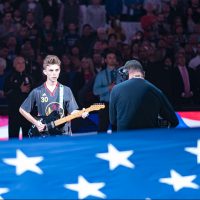