Alisa Golden: Birds of the Book 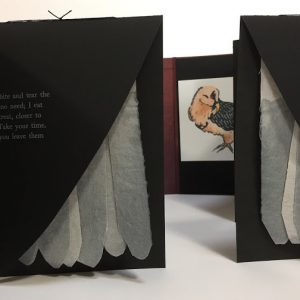 In Gallery III: An exhibition of the ‘Birds of the Bible’ and related works

In 2017, Alisa Golden’s friend Val introduced her to the Golden Gate Audubon Society’s first Osprey nest camera, which was focused on a nest in Richmond, California. As she watched the life cycle of Richmond and Rosie, a bonded pair of Ospreys, and their young, she found story and science, beauty and humor that heightened her longtime interest in birds.

The nest camera brought her new friends, one of whom is Dianne Ayres, her co-collaborator on Letters of Transit: Bird Passports on view in the exhibition. The two artists took weekly walks by the San Francisco Bay, and began noticing migration patterns. Who would be out there this week?

At the same time, U.S. borders were becoming tougher for human beings to cross; immigration was already on our minds. Birds, for the most part, are free to move through the world as needed, but human actions can disrupt the birds, confusing or changing the environment on which they rely: water, air, and earth. 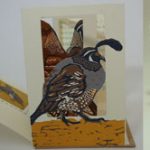 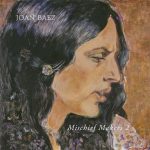