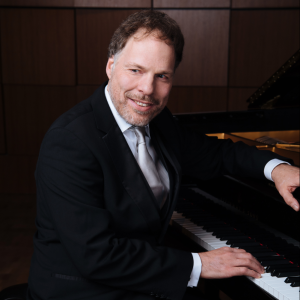 One of the most sought-after pianists of his generation

Welcome to the 2019-20 season of the Dominican Guest Concert Series, offering world class music in an intimate setting for 19 years.

Concerts are Sunday afternoons, 3pm in the Angelico Concert Hall on Dominican University of California’s campus.

Alon Goldstein is one of the most sought-after pianists of his generation, admired for his musical intelligence, sensitive artistry and dynamic personality.

He made his orchestral debut at the age of 18 with the Israel Philharmonic under the baton of Zubin Mehta and returned a few seasons ago with Maestro Herbert Blomstedt.

Admission is free to students under 18*, Community College students with valid IDs and K–12 classroom music teachers, as well as Dominican University students, staff, and faculty with I.D.

* All elementary and middle school students must be accompanied and supervised by adults. Note, these programs are not intended for ages 5 and younger.