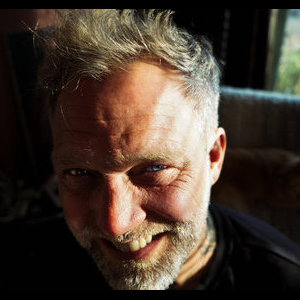 Between the potency of his richly detailed songwriting, his intensely emotional, soulful vocals and his piercing, expert guitar work, New Orleans’ Anders Osborne is a true musical treasure.

He is among the most original and visionary musicians writing and performing today. Guitar Player calls him “the poet laureate of Louisiana’s fertile roots music scene.”  A powerful live performer, the musician has won over fans through non-stop touring as well as a heralded collaboration with the North Mississippi Allstars & Southern Soul Assembly.

Jambands.com said, “Osborne finds a striking balance of muscle and grace that allows for the smaller moments of quiet to be just as resounding as the sonic booms.”

And USA Today has praised his music, saying “The relentless approach amplifies the anguished lyrics, which appear to be about the death of a loved one or a relationship torn asunder or perhaps a spiritual crisis.”

Osborne has earned hordes of new fans. He has toured virtually non-stop, either with his own band, as a solo artist, or as a guest with his countless musical admirers, including Toots and The Maytals, Stanton Moore, Derek Trucks, Warren Haynes, Keb Mo, The Grateful Dead’s Phil Lesh, Jackie Greene and Karl Denson’s Tiny Universe. He’s produced and played on critically acclaimed albums by Tab Benoit, Johnny Sansone and Mike Zito.