Annual Juried Show 2019: If I Only Had Time to Tell You 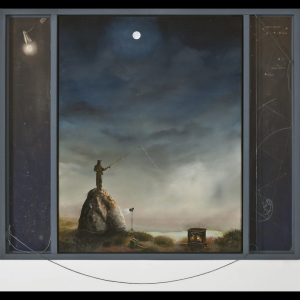 45 selected artists following the theme, many have stories to tell, hidden messages, and underlying issues, all for further reflection.

Politics, climate change, the mystical and the whimsical…

Best of Show:
Thomas Gehrig’s oil painting with mixed media, “Rock Fishing By Moonlight,” shows a scene of serenity bathed by the moon until one realizes the scene is not what it seems.There is oddness and irrationality in this nighttime setting: Why are there lights in thebushes and a stove ablaze outside? Concurrent feelings of alarm and calmness collide with one another.

If I Only Had Time to Tell You was juried by Bay Area artist and educator M. Louise Stanley.

Stanley, whose work is inspired by outsider art, narrative painting, underground comics, and classical mythology, combines elements in her paintings that take on contemporary issues with humor, wit and verve. She has been the recipient of many awards, among them a Guggenheim Foundation Fellowship, a Pollock-Krasner Foundation Grant, an Adolph and Esther Gottlieb Foundation Grant and a National Endowment for the Arts Grant. She has shown expansively and her works can be found in the collections of SFMOMA, San Jose Museum of Art, Oakland Museum of California, Mills College, Yale University Museum, and The Triton Museum, among others.

Parallel parking right in front of the gallery

MORE FROM Gallery Route One 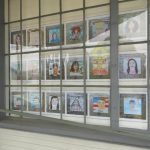 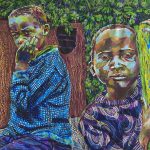 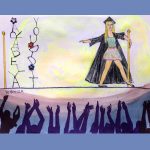 CONNECT WITH Gallery Route One