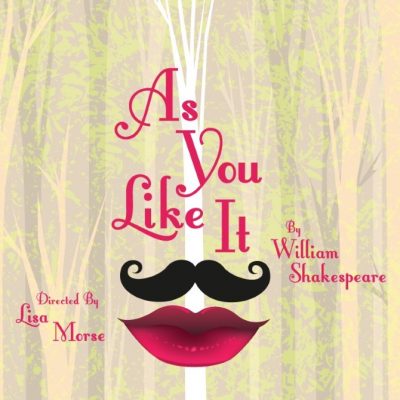 Duke Senior has been forced into exile and takes refuge in the Forest of Arden with a band of faithful lords. Rosalind, his daughter, is kept uneasily at court as a companion to her cousin Celia, Frederick’s daughter.

In the meantime, Orlando decides to wrestle for his fortune at Frederick’s court, where he sees Rosalind and they fall in love. On hearing of a plot by his brother to kill him, Orlando flees to the Forest and takes refuge with the exiled Duke.

Posting love lyrics throughout the forest, Orlando encounters a disguised Rosalind. Will love blossom? It seems so – everywhere you look!

Please join us for this riotous, exhilarating, and romantic Shakespeare comedy! Love awaits!

All attendees must provide proof of COVID-19 vaccination at the door by showing an original vaccination card or digital proof (QR) from the State of California’s Digital COVID-19 Vaccine Record website. All patrons attending indoor events are required to bring and wear masks at all times regardless of vaccination status.