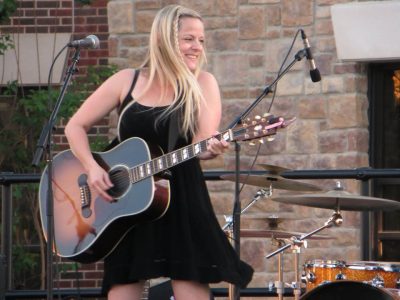 Singer/songwriter/guitarist Barbara Nesbitt travels from Austin, Texas for a rare Marin County performance.  Currently a member of Tim Flannery and the Lunatic Fringe, and formerly co-leader of the Whiskey Sisters, Barbara has shared the stage  with or opened for artists such as Bonnie Raitt, Lyle Lovett, Robert Earl Keene, Lisa Loeb, Hootie & The Blowfish, Meredith Brooks, Nickel Creek, Jerry Garcia Band, Keller Williams, Widespread Panic, Bob Weir, Willie Nelson and more.  “With a voice that is clear as a mountain meadow and emotive as Patsy Cline, Barbara Nesbitt sings songs of life’s journeys with fire grace and country soul.” Ray Benson, Asleep At The Wheel.  Her new album, Right As Rain, was released in January 2017, she placed in the top ten female vocalists in the 2017 Austin Music Awards.