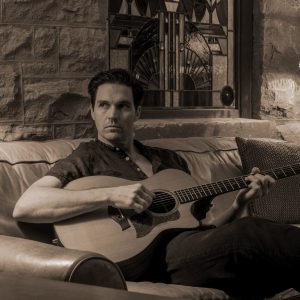 A studied and disciplined scholar at whatever art he’s attempting to master, the world-class athlete is now throwing that heat in a new direction – his music.

Barry Zito knows a thing or two about life and its curveballs.

He also knows just about everything about throwing the perfect curveball in baseball.

A master on the mound in the major leagues for years, Zito had a virtually unstoppable curve that often proved unbeatable and earned him the coveted Cy Young Award right out of the gate at age twenty-four.

Zito has actually been playing guitar since his early 20’s, while on the road in the minor leagues, and he began dabbling in songwriting for fun a few years later. Born with a natural athletic ability, he’s also always possessed a love and talent for music that he comes by quite naturally.

After retiring from his baseball career in 2015, Zito immediately turned his full attention to that second love and began crafting the songs that would fill his first album.

“As the years of my career progressed I realized I was raised by musicians — creative, sensitive, beautiful people, and there’s not a lot of room in professional sports for sensitive vulnerable anything really. It was a real struggle for me to embrace my differences and be authentically who I was. It probably wasn’t until the last few years of my career that I was able to do that. That’s why I really love being a musician now, because it is who I feel I have always been at my core.”