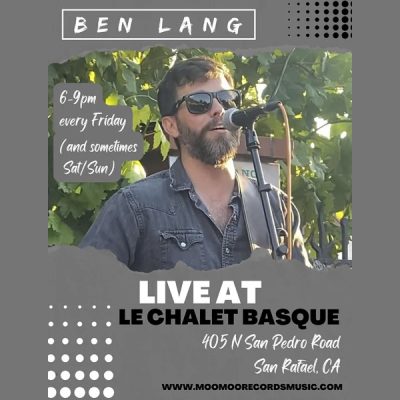 Alternative-acoustic tracks with expressive lyrics and a slight country feel

Ben Lang is a singer-songwriter from Novato, CA. His debut solo release Modern Man EP was released to critical acclaim and is available now everywhere music is streamed and sold.

As a solo artist, Ben Lang performs every Friday at the Le Chalet Basque restaurant in San Rafael, CA, or at the occasional show, party, wedding, or open mic around town. He also plays bass with the Bay Area’s best rockers Secret Lives, whose solid mix of hard-rocking originals and crowd-pleasing covers brings an electric charge to every show.