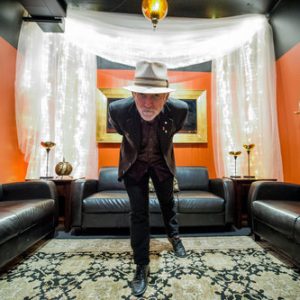 Presented by (((folkYEAH!))) – founding member of Tom Petty and the Heartbreakers

Here’s a guy who is a founding member of one of the biggest rock and roll bands in the world. That would be enough for most folks, right?

But Benmont might just be the most restless, searching musician I know. It’s like his life has been an immersion program in music. At their invitation, he’s been in the room with legends from every generation, playing his ass off, learning everything he can from every player he meets.

And, believe me, it’s all stored in his mind, ready to come out his fingertips. He turns up everywhere . . . and when he does, things always get more musical.
– Don Was

Benmont Tench‘s solo debut “You Should Be So Lucky” was released February 18, 2014. It features Tench handling lead vocals, piano and organs, joined by a team of collaborators including a core band of Don Was, Ethan Johns, Blake Mills and Jeremy Stacey and contributions by Ryan Adams, Gillian Welch & David Rawlings, Joel Jerome, Tom Petty and Ringo Starr.