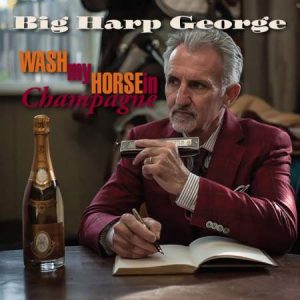 In 2016, Big Harp George was nominated for the Sean Costello Rising Star Award by Blues Blast Magazine.  His song “Wash My Horse in Champagne” reached #9 on the Living Blues Radio Chart for June 2016.

Big Harp George will be performing songs from his new album, “Uptown Cool“, released on July 16, 2018.