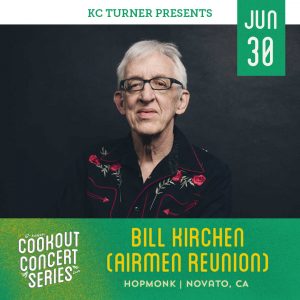 He’s been called a “Titan of the Telecaster” by Guitar Player Magazine, “an American treasure” and “one of our best” by Rolling Stone Magazine.

Master steel guitarist Bobby Black has played and recorded with an astonishing number of the stars of country music, from his pal George Jones’ very first recordings in 1953, to Ray Price, Lefty Frizzell, Webb Pierce, Barbara Mandrell, Asleep At The Wheel, Doug Sahm, and many more. Bobby has appeared on more than 130 albums, with artists from Asleep at the Wheel, New Riders of the Purple Sage, and Elvin Bishop to Tom Waits.

John Tichy, Ph.D., Professor of Mechanical and Aerospace Engineering at Rensselaer Polytechnic Institute in Troy, New York, is the Founding Father of the Lost Planet Airmen, playing with George Frayne, aka Commander Cody, in Ann Arbor since the early 1960’s. With a long list of publications and research for the National Science Foundation and NASA, he also continues to gig steadily, presumably with the research objective of rocking your ass off.

It is recommended that you be there or be square.