Bill Kirchen and the Hounds of the Bakersfield 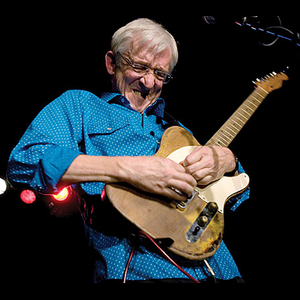 The Titan of the Telecaster, plus Blackie Farrell

The Titan of the Telecaster Bill Kirchen‘s career spans over 40 years including guitar work with Nick Lowe, Emmylou Harris and Elvis Costello.

“A devastating culmination of the elegant and the funky, a really sensational musician with enormous depth.” – NICK LOWE

“You might call [Hot Rod Lincoln] the Triumph of the Telecaster. Then again, you might say that about Kirchen’s whole career.” – NO DEPRESSION

Blackie Farrell was born in 1948 in Oakland, California, where the seeds of music and writing were planted early. Radio was huge then, and what Blackie calls “the best music ever made” was busting out of house windows and car radios – real deal country, blues and R&B.

In 1969 he met Bill Kirchen who became a life-long friend and stagemate. At the time, Kirchen was the lead guitarist and vocalist for Commander Cody and His Lost Planet Airmen. Blackie’s gritty and heart-rending tales were well-suited to the innovative sound of the Cody band, who infused their rock-n-roll roots with hard core country and western swing, all of them paving the early highways and byways of what was eventually called the Americana movement.

To date, Blackie’s best known and most recorded piece is his achingly beautiful western border ballad “Sonora’s Death Row” first recorded by Bill Kirchen with the Moonlighters in 1977 and later by Leo Kottke, Tom Russell, Robert Earl Keen, Michael Martin Murphy, and Dave Alvin, to name a few. Tom Russell called it “the best cowboy twist of fate song ever written,” one that “turned my head around and deeply influenced my writing.” Robert Earl Keen once called Blackie the “Louis L’Amour of songwriters.” 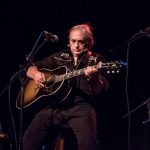