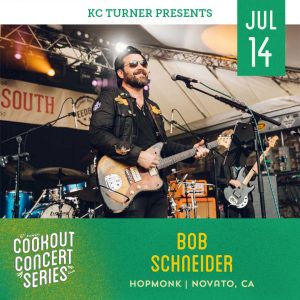 One of Austin’s most celebrated musicians, Bob Schneider, is set to release his new album, Blood and Bones – his 7th studio album since his 2001 solo debut Lonelyland – on June 8th via his Shockorama Records imprint.

Blood and Bones captures Schneider at a unique, and distinct, place.  “Most of the songs are about this phase of my life,” he admits. “I’m re-married, I have a 2-year-old baby daughter who was born over two months premature because my wife had life-threatening preeclampsia. So dealing with that traumatic event while getting older and looking at death in a realistic, matter of fact way, experiencing the most joy I’ve ever experienced along with feelings of utter despondency in a way that would have been impossible to experience earlier in my life, all comes out in the songs. My relationship with my wife is the longest committed relationship I’ve ever been in, so there was a lot of unchartered territory there to write about.”

One thing Schneider has excelled at in his career is bringing audiences back. Though he has received little national press or major label support, he has managed to become one of the biggest acts in Austin, if not in Texas.

His fans, who often discover him from being brought to his shows by their friends, are fiercely loyal. Many have attended dozens or even hundreds of shows. Thanks to these fans, Schneider has won more Austin Music Awards than any other musician, including Best Songwriter, Best Musician, and Best Male Vocals, rounding in at 54 total awards to date.

He performs relentlessly, creates new music compulsively, writes poetry, and regularly shows his visual art in galleries around Austin. With Blood and Bones, Schneider further cements his reputation as one of the most versatile, inventive, and engaging songwriters working today.