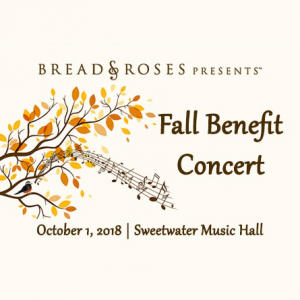 Join us for our annual Fall Benefit Concert on Monday, October 1, at Sweetwater Music Hall, an intimate evening of live music, fundraising and friend-making.

Support the essential work of Bread & Roses bringing hope, healing and joy through live music in over 600 annual concerts for youth, adults and seniors who are isolated in Bay Area institutional settings.

* Benjamin Andrews and Ezekial McCarter of Con Brio will perform a special duo concert highlighting Ziek’s fully embodied and unforgettable vocals with Ben’s high-energy and intuitive guitar-playing. Together they are a dynamic force drawing you in to their spirit-filled music with spell-binding chops and artistry.

* Dark & Stormy serves up a cocktail of groove and improvisation with their own twist of the classics, rich in harmonies, deep on guitar and organ, and rooted in Garcia, Allman and other greats. Serving up stone cold sonic libations with vintage vibes:

* For close to four decades now Johnny Colla has been a fixture on the San Francisco Bay Area music scene and beyond. Probably best known as saxman/guitarist/vocalist/songwriter with Huey Lewis and The News, Johnny’s professional career goes back to the early seventies when Van Morrison picked his band up for a couple tours.

No more than a year later Johnny landed a seat playing with Sly and The Family Stone, and as he likes to recall, Sly “taught me everything not to do in the music business.” 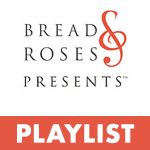