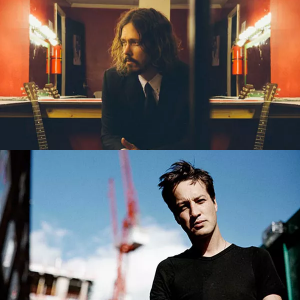 A Benefit Concert for Bread & Roses

Join us on an unforgettable journey with songwriter/musicians John Paul White and band from the legendary wellspring of southern rock in Muscle Shoals, Alabama, and modern torch singer Marlon Williams from New Zealand.

John Paul White hails from the legendary wellspring of southern rock and soul in Muscle Shoals, Alabama. He and his band will perform many of the songs from his 2016 release Beulah, a diverse collection of plaintive folk balladry, swampy southern rock, lonesome campfire songs and dark acoustic pop. John Paul was formerly part of the Grammy award-winning duo The Civil Wars.

One of the most distinctive voices of his generation, New Zealand’s Marlon Williams will share songs from his stunning, just released second album Make Way For Love which stares heartbreak in the face and mines beauty from it.  A classically trained, country-leaning rock musician, Marlon is known for his affecting vibratto, revealing songwriting and captivating live shows.

Our musical hosts for the evening are musicians Benjamin Jaffe and Suzanne Santo, both individual recording artists, as well as partners in the duo HoneyHoney, an Americana group based in Los Angeles.  The two met at a costume party and signed a record deal for HoneyHoney a year later. They will also share a few of their latest alternative country and indie rock songs from their wide portfolio.