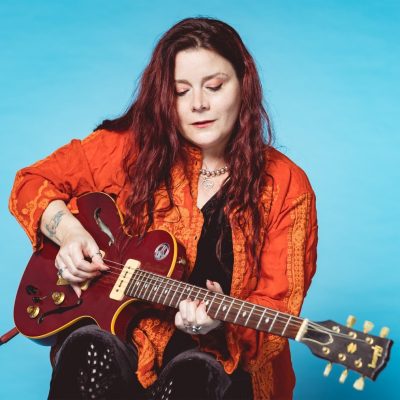 “The more guitar you play, the more you sing, the better you get,” says award-winning Texas guitar slinger, singer, songwriter, and multi-instrumentalist Carolyn Wonderland.

Her music includes a bold mix of timeless original songs and reinventions of some of her favorites, ranging from blistering electric blues to deep, heartfelt ballads to cosmic country to soulful Tex-Mex. Every song is fueled by Wonderland’s forceful yet melodic Texas-flavored guitar work and her full-throated, heart-on-her-sleeve vocals.

Her spine-chilling, soul-deep singing matches her guitar prowess note for note. And she has a knack for writing songs that sound like instant classics. Her Alligator Records debut, the Dave Alvin-produced Tempting Fate, is the next chapter in Wonderland’s remarkable story, one that is already overflowing with countless and colorful once-in-a-lifetime experiences.

“Mighty and joyous rock-injected blues…luxurious vocals and fine guitar work. Her voice is as muscular as her name is evocative.” –Austin Chronicle

“Carolyn Wonderland is the real deal. She’s an amazing guitar player. And damn, can she sing.” –Los Angeles Times

“Hey, have you heard Carolyn Wonderland? She’s something else. She should be nationwide.” –Bob Dylan, talking to Asleep At The Wheel’s Ray Benson 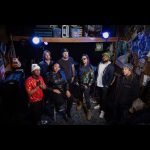