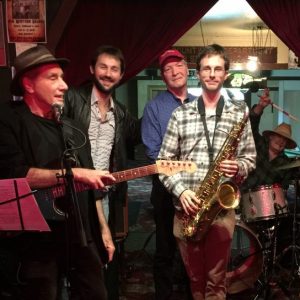 At present on vocals and lead guitar, TNICCB features Felix Bannon, an exceptional guitarist and singer as well as song writer. Felix plays many venues around the bay. He Plays the first Thursday each month at the Saloon in North Beach

We feature the exciting horn section with Kyle Somers on sax and Luke Weidner on trumpet. Young brilliant and charming, they bring a whole new direction to the Cascade Canyon Band.