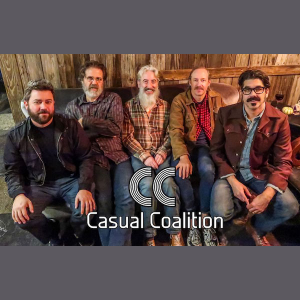 Born on the stage of countless nights at Terrapin Crossroads, The Casual Coalition are a branch from the “community music tree” that was planted at the Marin county venue, owned by Grateful Dead bassist, Phil Lesh.

The band also showcases some original songs put forth by contributing members. The songs are then nurtured & grown within each configuration.  Categorized as improvisational indie-rock, the band has been known to really explore the songs in an exciting, different way every performance.