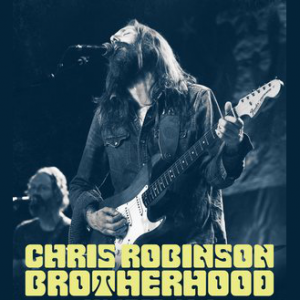 Psychedelic filling in a Folk Blues pie, returning to the Grate Room at Terrapin Crossroads for 2 nights!

The Chris Robinson Brotherhood is in the midst of one of their most prolific periods to date, with a slew of studio and live records coming out amidst a rigorous tour schedule that only seems to fuel their fire even further.

Their stellar new album, ‘Barefoot In The Head,’ marks the CRB’s third studio release in just two years, and it finds them pushing boundaries and breaking new ground with more joy and wonder than ever before.

Overspilling with stunning musicianship and infectious energy, the album showcases the continued growth of Robinson’s songwriting partnership with his bandmates (guitarist Neal Casal, drummer Tony Leone, keyboardist Adam MacDougall, and bassist Jeff Hill) and revels in the kind of adventurousness that can only come from five artists tuned into the same sonic wavelength.

More than just a storyteller, Robinson’s a rock and roll folklorist, and ‘Barefoot In The Head’ is populated with mysterious characters and scenes that blur the lines between reality and fantasy. And like so many tall tales that have become part of the American lexicon, Robinson’s stories offer existential rewards for those willing to push below the surface.

For the CRB, that means the ability to follow their muse unfettered by expectation or preconceptions, the ability to measure their success purely in terms of artistic fulfillment and the bonds of brotherhood.