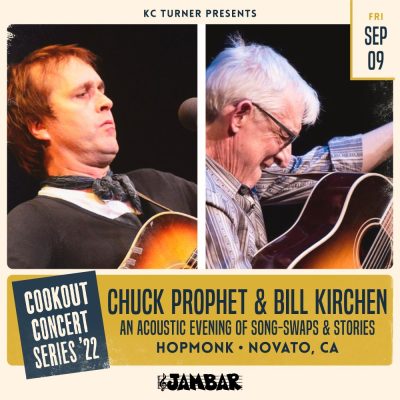 An Acoustic Evening of Song-Swaps and Stories

An acoustic evening of song swaps and stories

Since his neo-psychedelic Green On Red days, Chuck Prophet has been turning out country, folk, blues, and Brill Building classicism. Priced out of his beloved hometown, San Francisco, Prophet found himself re-energized in Upstate NY just a few miles from the Vermont border – and made a record that is much a 21st century exorcism as it is America.

ALL AGES
NO REFUNDS | ALL SALES FINAL