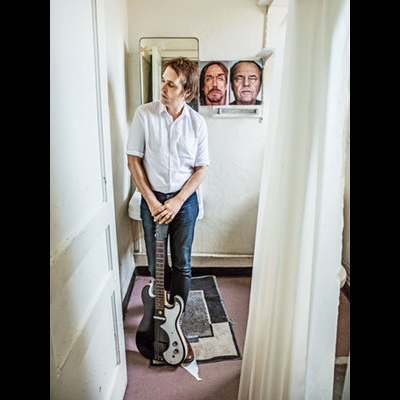 Chuck Prophet describes his new disc BOBBY FULLER DIED FOR YOUR SINS as “California Noir.” He says, “the state has always represented the Golden Dream, and it’s the tension between romance and reality that lurks underneath the surface in all noir films and paperbacks, and that connects these songs. Doomed love, inconsolable loneliness, rags to riches to rags again, and fast-paced violence are always on the menu on the Left Coast.”

The title track came out of an obsession Prophet shares with co-conspirator klipschutz. Prophet explains, “One day we were sitting in my so-called office South of Market listening to LPs, when out of frustration I picked up a guitar and shouted, ‘I hear that record crackle, the needle skips and jumps!’ and klipschutz shot back, ‘”Bobby Fuller died for your sins!'”

Prophet allows that, “there just might be some songs on this one. John Murry, who is never at a loss for words, says the goal is to make a record you can be proud and unsure of at the same time. Naked and belligerent, but sweetly so… I can’t improve on that.”

Over the course of his career, Tom Freund has created a wide variety of albums. His first was a collaboration with Ben Harper and his last was a double disc live album. In between, he’s made full-lengths, EPs, a children’s CD and a Christmas album — but he’s never made an album like 2 Moons.

This self-produced disc, out now on Surf Road Records, finds the Los Angeles-based Freund in a contemplative yet confident mood, where swirls of nostalgia blend with sharp-eyed views of life today.

Freund himself plays guitars, ukulele, keyboards and bass on 2 Moons. Over the years, he alternated between making his own music and working with folks like Mandy Moore, Rachael Yamagata and Graham Parker, who has hailed Freund as one of “the best singer/songwriters operating today.”

$20 - $38
This event is all ages
Enjoy a Sunday evening cookout concert in our beer garden with Chuck Prophet! 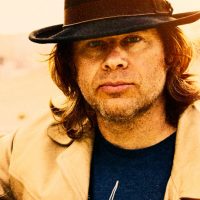