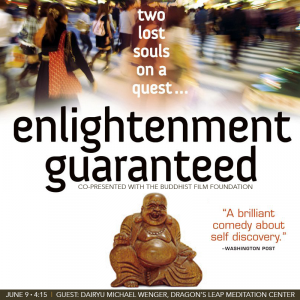 Each show will include a discussion with a special guest and will be introduced by Gaetano Kazuo Maida, executive director of Buddhist Film Foundation.