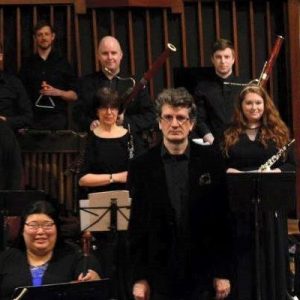 ECHO Chamber Orchestra of San Anselmo will cap off its fourth season on June 16 with “Coming Home,” a program featuring works by three Bay area composers.

The 7:30 p.m. concert will take place at First Presbyterian Church San Anselmo, under the baton of Music Director Daniel Canosa.

Under the direction of founding conductor Daniel Canosa, ECHO combines the European tradition of a fine orchestra in every town with the San Francisco Bay area’s spirit of innovation and enthusiasm. Orchestra members collaborate on programming choices, with an emphasis on working with composers and soloists from the Bay area.

Since its inception in 2015, ECHO Chamber Orchestra has received accolades from audience and press alike: “the experience was special—not only was the music beautiful, but it also felt incredibly personal.” (San Francisco Classical Voice)