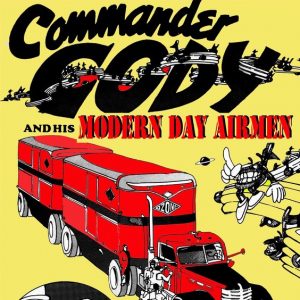 The Lost Planet Airmen are roaming the universe again here in the Modern Day!  And they’re coming to Rancho Nicasio for a special show in the Rancho Room.

Commander Cody and His Lost Planet Airmen were one of the original groups of the early 1970s to fuse divergent strains of American roots music — stripped-down basic rock and roll, rhythm and blues, jazz, bop, country, western swing, and rockabilly — and create an innovative, yet familiar and convincing sound.

In 2009, after a 23-year hiatus, Commander Cody returned to the studio to record “Dopers, Drunks and Everyday Losers” and he’s back out on the road with the band, still rockin’!

Tickets available by phone or at the door