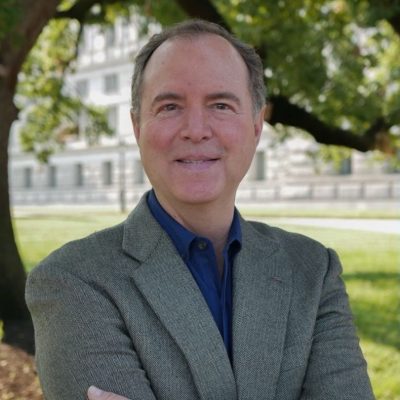 Join Congressman Adam Schiff for his vital, inside account of American democracy in its darkest hour – and a warning that the forces of autocracy unleashed by Trump remain as potent as ever.

In his new book, Midnight in Washington, Schiff argues that the Trump presidency has so weakened our institutions and compromised the Republican Party that the peril will last for years, requiring unprecedented vigilance against the growing and dangerous appeal of authoritarianism.

The congressman chronicles step by step just how our democracy was put at such risk, and traces his own path to meeting the crisis—from serious prosecutor, to congressman with an expertise in national security and a reputation for bipartisanship, to liberal lightning rod, scourge of the right, and archenemy of a president.

Schiff takes us inside his team of impeachment managers and their desperate defense of the constitution amid the rise of a distinctly American brand of autocracy.

In conversation with Christine Pelosi 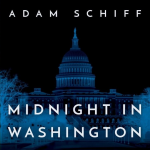