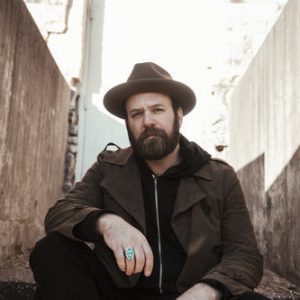 Spanning rock, folk, soul and funk and drawing from inspiration that runs the gamut

When Cris Jacobs began dreaming about a follow-up to his critically acclaimed 2016 album Dust to Gold, he realized early on he’d have to do things differently this time around.

His life had changed drastically since writing those songs: he’d toured extensively and attracted a legion of new, devoted fans; he’d come off the road into a world, with its divisive rhetoric and troubling headlines, he no longer recognized; and, most importantly, he’d gotten married and had his first child. Things had changed, and Jacobs had, too.

Color Where You Are is the work of an artist at an exciting new stage in his life and career, ready to use his talents to share a little beauty with the loved ones and fans who have already given so much to him. The title nods to Jacobs’ experience writing the album, which, as he puts it, he had to do “between tours, coming home, changing diapers, fixing things around the house…. You name it.” He no longer had the luxury of waiting for inspiration to strike, so he colored where he was.

Spanning rock, folk, soul and funk and drawing from inspiration that runs the gamut from the henhouse to the White House, Color Where You Are is a kaleidoscopic portrait of Cris Jacobs as a songwriter, musician and bandleader. It’s the work of a devoted father and an empathetic member of the human race. More than that, it’s a reminder that there’s beauty to be found everywhere, if you just take a moment to color where you are.