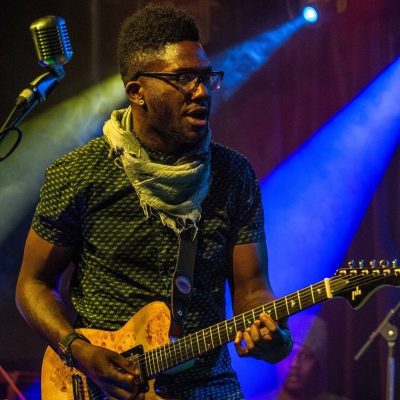 Karl Denson Tiny Universe guitarist D.J. Williams is going hard in the paint with his own band, Shots Fired, from the front lines of Denver’s post-funk scene.

The band is signed to Eddie Roberts’ (New Mastersounds) Color Red label and performs regularly in the Denver area for a rapidly growing community of Shots Fired faithfuls, who never miss a chance to see Williams perform his originals with a rotating and always-different lineup.

Shot’s Fired’s debut album, “Live From Over Where” (only available at shows) sold out of its first pressing with help from SiriusXM’s Jam On, which spun the singles “She’s No Good” and “Dusty Fingers” on a heavy rotation.