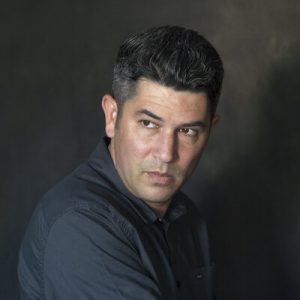 Pianist and composer Dahveed Behroozi will be performing selections from his recently released album Echos.

In addition, he will play selections from the American Songbook and Thelonious Monk.

Dahveed Behroozi grew up in a home where classical records were heard – and his father played Bach on guitar. Behroozi started playing piano at age 5, already drawn to improvising at the keyboard. His taste for classical music eventually burgeoned from Bach, Brahms, and Wagner to the Second Viennese School (particularly Alban Berg) and the abstract expressionism of Morton Feldman.

In middle-school, he joined a big-band ensemble, moved by the rhythmic vitality that he heard in jazz. Indie-rock, from Blonde Redhead to Radiohead, would also become a passion. The young pianist went from the Bay Area to New York City in 1999, studying with Fred Hersch at the Manhattan School of Music to earn a bachelor’s degree in jazz piano performance. His appreciation of jazz pianists would expand, from Bud Powell and Bill Evans to Brad Mehldau and Pete Rende.

Behroozi went on to earn his master’s degree in classical piano at Brooklyn College, studying under Ursula Oppens. In 2014, Behroozi returned to his native San José, where he lives with his wife and two young children. In addition to performing and recording as a pianist and composer, Behroozi teaches music theory and music history at California’s Gavilan College. 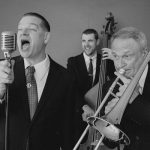