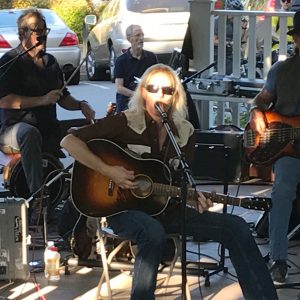 That changed when Click’s latest CD, Life Is A Good Place, was released in April, 2011 and spent more than 12 consecutive months on the Country, pop, and Americana radio charts.

The first single, “Wait My Turn”, reached #1 on Nashville’s Indie World Country Chart, and the second single, “I Feel Good Today”, topped out at #14 on the NMW national Country chart along side Keith Urban, Miranda Lambert and Taylor Swift.

Click and his band The Hell Yeahs, featuring a round-robin roster of top-shelf musicians, have played more than 200 sold-out shows over the past two years, as well as opening for legends Taj Mahal, Cake, Robert Plant, Mavis Staples, Sonny Landreth and JJ Cale.