Dark + Light – The Rock and Roll Photography of Jay Blakesberg 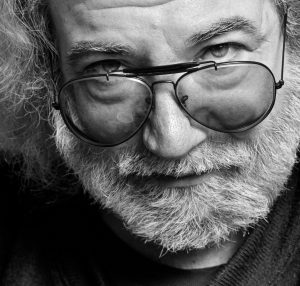 The Mill Valley Arts Commission invites you to join us at this premier event, as part of the the First Tuesday ArtWalk.

The Mill Valley Community Center exhibition will feature images taken back in the late 1970’s up to current times.

Iconic portraits of Tom Waits, Joni Mitchell, Jerry Garcia, Carlos Santana, many others titans of rock and roll, who were shot on assignment for rock magazines such as Rolling Stone, Guitar Player, and Bay Area Music Magazine (BAM) as well as performance photographs from the likes of the Grateful Dead and Emmylou Harris.

Jay Blakesberg is a San Francisco-based photographer and filmmaker who regularly contributes to Rolling Stone, Guitar World, Relix, and many other magazines. He has photographed countless musical artists, including the Grateful Dead, Dave Matthews, Phish, moe., Nirvana, the Rolling Stones, Tom Waits, Neil Young and Carlos Santana, to name just a few. Blakesberg’s photography has been included in over 200 CD packages and in magazines worldwide, and he has published thirteen books featuring his music photography.