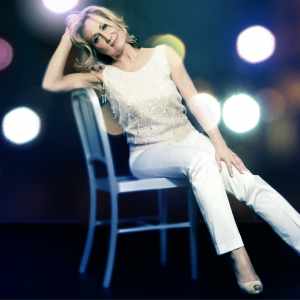 In the arena of jazz with a fresh spin, come experience special arrangements from multidimensional genres with this talented modern cool trio featuring:  Deborah Winters on vocals and guitar, Ken Cook on piano and Sascha Jacobsen on acoustic bass.

A lifelong resident of the San Francisco Bay Area, Deborah Winters’ childhood was immersed in music and dance. Heavily influenced by her father, who pursued the drums as a young man, and by her mother, who was a professional ballet dancer for the Oakland Metropolitan Ballet Company, Deborah developed a passion for music, dance and the theatre at a very early age.

Big Band sounds rang through the household where Deborah and her father listened to the likes of Ella Fitzgerald, Duke Ellington, Stan Kenton and Woody Herman, to name a few. During her adolescent years, while moving around the country with her family, Deborah commenced her study of voice and the guitar. Deborah became increasingly influenced by singer/songwriters such as James Taylor, Joni Mitchell and Rickie Lee Jones.

As an acting/theatre major in college, Deborah sought to combine her love of music, dance and art through the stage as a musical actress. However, her ongoing desire to sing and play the guitar in intimate settings kept pulling at her heartstrings. This led to Deborah playing clubs and finding her way into the studio to record a few of her own compositions before graduating.

Her jam-packed teaching schedule attests to the profound impact she has on developing up-and-coming vocalists in a broad array of musical styles. Deborah Winters’ perpetual search for new ways to express her highly captivating and emotionally riveting music are always front and center in her evolution as a singer, guitarist and songwriter. Her legions of fans are in for a treat as her quest continues.