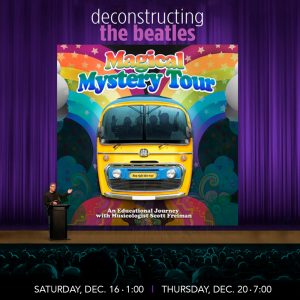 In 1967, The Beatles embarked on an ambitious project, writing and directing a one-hour film, Magical Mystery Tour.

The music written for the film is some of The Beatles’ psychedelic best.