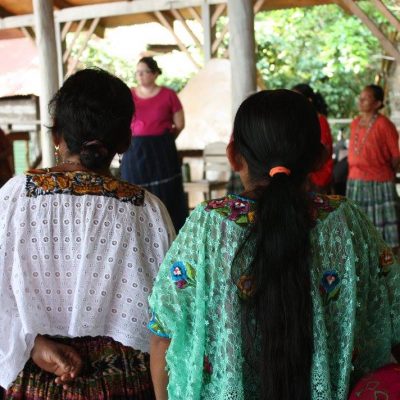 The Path Toward Justice in Guatemala

“Women and the Work of Liberation,” explores the visionary work of women-led movements for justice, dignity, and self-determination.

Discussion is accompanied by a photo exhibit of Guatemalan photographers working with survivor organizations.

Four years after the historic verdict that convicted former U.S.-backed dictator Efraín Ríos Montt of genocide against the Ixil people, struggles for justice in Guatemala continue—in courtrooms and in the daily lives of survivors. Task Force on the Americas (MITF/TFA) and the Network in Solidarity with the People of Guatemala (NISGUA) invite you to hear from participants in NISGUA’s spring delegation to Guatemala, “Women and the Work of Liberation,” which explored the visionary work of women-led movements for justice, dignity, and self-determination.

The report-back will be accompanied by a photo exhibit curated by the Guatemala-based Center for Human Rights Legal Action (CALDH) that documents the struggles for justice being fought by survivors of genocide. Featuring the work of several Guatemalan photographers who have worked closely with survivor organizations for decades, the exhibit showcases community efforts to preserve the truth about the country’s internal armed conflict while demanding state accountability.

Hosted by the Network in Solidarity with the People of Guatemala & Task Force on the Americas. For more information, contact David Imhoff (see below).