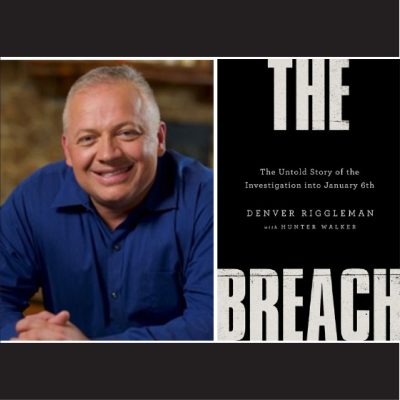 Make no mistake: modern information warfare is here and January 6 was just the first battle. That day, an unhinged mindset led to an attack on the Capitol, the most serious assault on American democracy since the end of the Civil War. And that thinking portends even darker days ahead.

In The Breach, a former House Republican and the first member of Congress to sound the alarm about QAnon, Denver Riggleman, provides readers with an unprecedented behind-the-scenes look at the January 6 select committee’s investigation. Riggleman, who joined the committee as senior technical advisor after he was asked to help, lays out the full intent and scope of the plot to overturn the election.

The book includes previously unpublished texts from key political leaders. And it also contains shocking details about the Trump White House’s links to militant extremist groups ― even during the almost-eight-hour period on January 6 when the White House supposedly had no phone calls. The man responsible for unearthing Mark Meadows’s infamous texts shows how data analysis shapes the contours of our new war, telling how the committee uncovered many of its explosive findings and sharing revealing stories from his time in the Trump-era GOP.

With unique insights from within the far-right movement and from the front lines of the courageous team investigating it, Riggleman shows how our democracy is balanced on a knife’s edge between disinformation and truth. Here is a revelatory peek at the inner workings of the January 6 committee and a clear-eyed look at the existential threats facing our republic ― and a blueprint for how America can fight to survive the darkest night before the dawn.

Denver Riggleman supported advanced intelligence analysis and technical development programs during his over two decades as an intelligence officer, NSA adviser, federal contractor, research and development technology lead, and successful CEO of support companies for the Department of Defense. A veteran of the Global War on Terror and multiple worldwide operations, he served with honor in the US Air Force for nine active-duty years. Riggleman is a former member of the House of Representatives from Virginia’s Fifth Congressional District, which he represented as a Republican from 2019–2021, and the former senior technical advisor for the House Select Committee to Investigate the January 6th Attack on the United States Capitol. He is the CEO of Riggleman Information and Intelligence Group and co-owner of the award-winning Silverback Distillery. Riggleman currently lives in Virginia with his wife and family.

Steve Kettmann, a former San Francisco Chronicle staff reporter, is the author, co-author or editor of more than fifteen books, including six New York Times bestsellers. As Publisher of Wellstone Books, a Northern California independent publisher, he has most recently edited Remember Who You Are: What Pedro Gomez Showed Us About Baseball and Life and Now What? The Voters Have Spoken-Essays On Life After Trump, which featured an essay by Denver Riggleman. 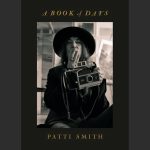 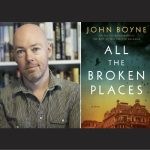 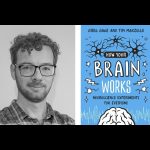 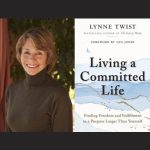 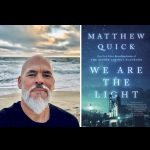