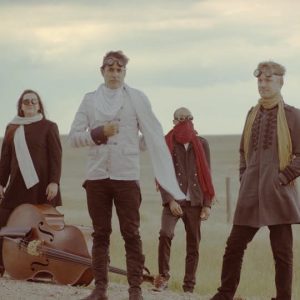 A cross-pollination of numerous influences, including cabaret, spaghetti Westerns, norteño, punk, and the immigrant dance music of Eastern Europe:

They found widespread success in 2006 with their Grammy-nominated soundtrack to the hit indie film Little Miss Sunshine.