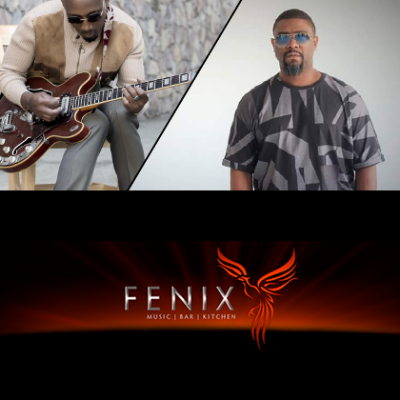 A truly memorable special event for the benefit of Oakland’s YOUTH AID non profit, a 501c(3) organization whose mission is to expose, engage, and inspire youth from underserved communities through the creation, production, and business of music.

D’wayne Wiggins is a blues guitarist, producer, composer, philanthropist and founding member of the 1990s soul/R&B group Tony! Toni! Toné!. The group had 14 Billboard-charting R&B singles, including five number one hits, three Top Ten pop singles, one gold album, two platinum albums and one double platinum album. D’Wayne has been recognized by a Grammy Award, an American Music Award, a NAACP Image Award, an ASCAP Award, and most recently a Heroes and Legends (HAL) Award. Since Tony! Toni! Toné!’s last album, D’Wayne has had success producing and developing documentaries, independent films, and the release of a solo album featuring collaborations with Carlos Santana, Darius Rucker, and Jamie Foxx. In 1996, D’Wayne established Grass Roots Entertainment, which signed and produced Destiny’s Child. His other producing credits include artists such as Jody Watley, Too Short, India Arie, Keyshia Cole, Jamie Foxx and Alicia Keys.

JUBU has serious goals as an artist to reach, inspire and bring people together, through the love of music.