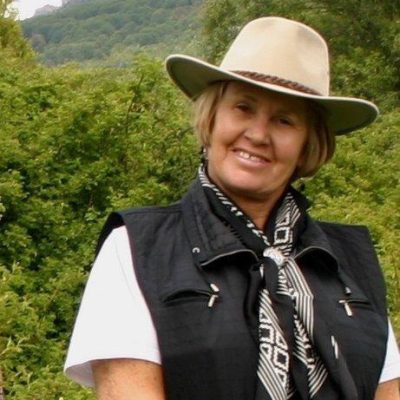 Eddy Ancinas and her friends set out on on a seven-day horseback trip that takes them over Peru’s rugged terrain to 20,574-foot-high Mt. Salcantay, along an ancient Inca route, and then down into the jungle.

During this journey, these fifty-something travelers are challenged by events they never imagined possible: a fall from a horse that results in serious injuries, a train strike that leaves them stranded in a remote village, an eight-hour trek on railroad tracks along the Urubamba River, and a moonlight ride in the back of a truck with questionable brakes on a dirt road over a 14,000-foot pass, among others.

It is a journey full of mishaps — and yet Eddy is enchanted by the culture and places she experiences along the way. As she and her fellow travelers explore Lima, Cusco, and the markets, villages, and ruins of the Urubamba Valley, they are deeply touched by the people they meet, fascinated by the clues to an ancient civilization they learn to respect and admire, and enthralled by the spectacular setting where it all takes place: Andean Peru.

Eddy Starr Ancinas is an award-winning freelance writer and author located in North Lake Tahoe. She received the SKADE Award from The International Ski History Association for Outstanding Book on Regional Ski History, has been a contributor to Skiing Heritage and has published in the Atlantic. She is also a well-known travel writer specializing in Latin America travel including articles on Perú, writing the original Fodor’s Argentina Guide and updates on the Wine Regions and Patagonia chapters for six subsequent issues.

Travel writer Don George is an editor-at-large for National Geographic Traveler magazine, as well as host of the National Geographic Live series of conversations with notable authors. In four decades as a travel writer and editor, Don has visited more than 90 countries on five continents. He has traveled throughout — and written extensively about — Europe and Asia. He has also lived in France, Greece, and Japan, working as a translator in Paris, a teacher in Athens, and a television talk show host in Tokyo. Don is the author of The Way of Wanderlust: The Best Travel Writing of Don George 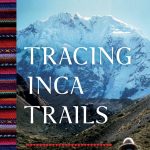