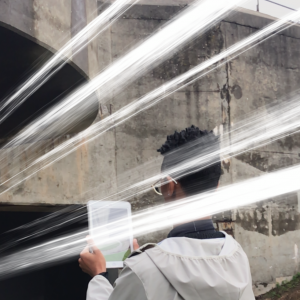 Dar brings his primary question—what is the edge of sight?—to the landscape of the Marin Headlands, using technology to overlay former artillery batteries with abstract light sculptures, or “engines,” that spin, turn, and tumble in response to the environment.

In addition, in Project Space at Headlands, Dar has installed wooden architectural models of the batteries, also activated through the augmented reality app, as well as maps, sketches, and video work.

This site-specific work was commissioned by Headlands Center for the Arts and was germinated when Dar was an Artist in Residence here in 2017. The first installation of Edge of See launched in November 2018 in Lulea, Sweden; upcoming installations are planned for Delft Island, Sri Lanka; Okinawa, Japan; and the Diomede Islands, situated in the Bering Strait between Russia and the United States. The app was created with Bay Area–based technology partner Okaynokay (Gabriel Dunne and Ryan Alexander). 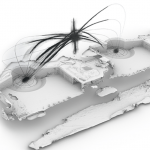 MORE FROM Headlands Center for the Arts 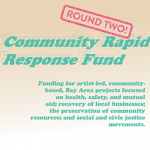 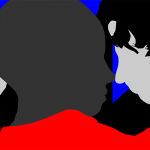