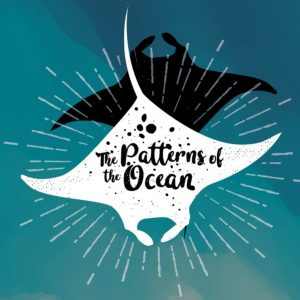 Aspiring marine researchers and ocean protectors of all ages will want to watch these 2 films, and ask questions of shark and manta ray expert scientists at the end.

Alice in Borneo’s Wonderland – Alice, a sixteen-year-old aspiring biologist, learns to SCUBA dive off the coast of Malaysian Borneo and discovers a wondrous world.

With the help of Shark Steward instructors she learns to respect the key predators of that astonishing world––the sharks, endangered worldwide because of shark finning. Her next step is to share with other students her new knowledge about the importance of protecting the oceans.

Patterns of the Ocean – The eagles of the sea, manta rays are giant, gentle and graceful. With a wingspan of 21 feet and weighing well over a ton, these acrobatic denizens are favorites among scuba divers.

Now coveted as a dubious traditional medicine, these rays are becoming a substitute for shark fin and are rapidly becoming endangered. A German team of filmmakers tirelessly document the work of scientists and conservationists in Indonesia, working to save these beautiful animals from extinction.