For Your Consideration – International Film Series 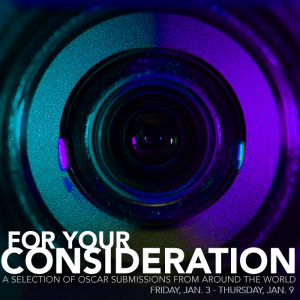 Distinguished and award-winning films from around the world!

Each year the Academy of Motion Pictures Arts and Sciences invites countries to submit a single film for consideration in the competitive category of Best International Film.

This year 92 films have been accepted for competition and for the 16th consecutive year, the Smith Rafael Film Center offers a sampling.

This is a rare opportunity to view some of the most distinguished and award-winning works in international cinema. Series curated by Joāo Federici and Karen Davis.

Film screening dates and times to be announced Dec. 17th.

Confirmed showtimes will be posted on Dec. 17th