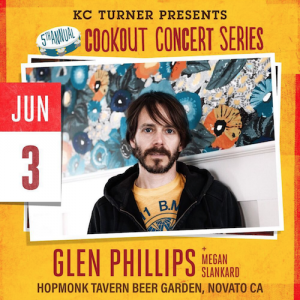 Glen Phillips of Toad the Wet Sprocket follows the previous night (sold out) with a cookout concert, along with indie-rocker Megan Slankard

Glen Phillips has always been a courageous and inviting songwriter. During his years as lead singer of Toad the Wet Sprocket, the band’s elegant folk/pop sound and his honest, introspective lyrics helped them forge a close bond with their fans. Since starting his solo career, Phillips has pared his music down to its emotional core, concentrating on the simple truths of love and relationships, with a profound spiritual understanding.

His album Swallowed by the New was recorded in May of 2015 with producer/bass player Paul Bryan (Aimee Mann, Lucinda Williams), Jay Bellerose (drums), Chris Bruce (guitar), Jebin Bruni (keys) and Ruby Amanfu (vocals). The sparse arrangements are centered on Phillips’ vocals and acoustic guitar. Shimmering electric guitar accents drift through a curtain of sighing strings on Go, a ballad that bids a poignant farewell to a lover at the end of a relationship.

Swallowed by the New is full of the inviting melodies that have always marked Phillips’ work, while his singing reaches a new degree of intimacy and immediacy. The arrangements hint at country, soul, folk, rock and classic pop, without ever sounding derivative. The emotions may be raw, but they are guided by Phillips’ steady vocals towards healing and renewal.

San Francisco indie-rocker Megan Slankard has independently sold nearly 40,000 copies of her five self-released albums, and she is currently touring extensively across the US, performing brand new songs from her planned 6th independent release in late 2018. Her fifth and latest release, Running on Machinery, was recorded with the help of Nashville producer Alex Wong (Vienna Teng, Delta Rae), and her preceding album, A Token of the Wreckage, was recorded with help from David Bryson (Counting Crows) and Jerry Becker (Train). 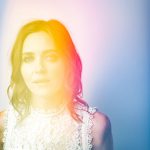 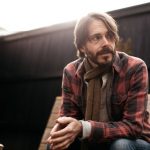