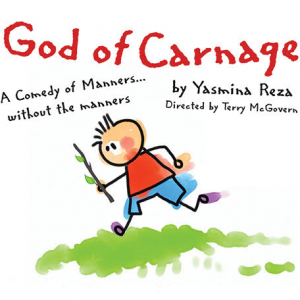 *** Extended until November 18! ***
A comedy of manners, without the manners…

Yasmina Reza’s 2006 play was originally written in French, and is about two sets of parents, one of whom’s child has hurt the other at a public park.

They agree to meet to discuss the matter in a civilized manner. However, as the evening goes on, under the influence of too much food and alcohol, the parents become increasingly childish, resulting in the evening devolving into chaos.

NOTE: This play contains adult language and situations, and is not recommended for children under 16