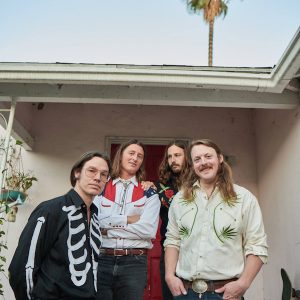 Founded one night in 2016, the band came about almost by accident. Singer/guitarist Austin McCutchen had a residency at The Griffin in Atwater Village; his band was out of town, so he drafted some friends to play a set of Dead covers, and the four founding members (Austin, Sam, Clay, and Dan) have been together ever since.

Far from being a historical re-enactment, Grateful Shred’s laissez faire vibe infuses the band with a gentle spirit, warmth, and (dare we say it) authenticity. From their killer merch game to their eminently watchable YouTube channel, they’re clearly having a rad time and spreading the love. Strangely enough, in a world overflowing with wax museum nostalgia and Deadly sentimentalism, we need the Shred, now more than ever.

Born and raised in Glendale, California, their breathtaking harmonies and heartfelt yet heady sound, was honed by surfing the beaches and exploring the deserts and canyons of their native California. 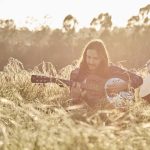