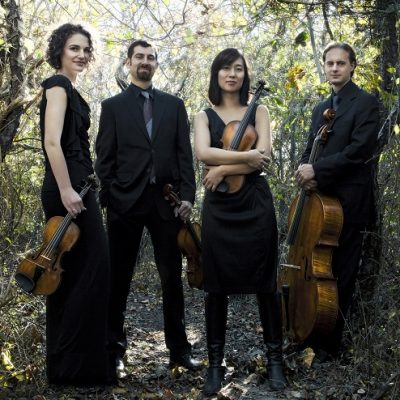 Described by the Boston Globe as “highly virtuosic, edge-of-the-seat playing,” the Chiara String Quartet has played in major concert halls, music festivals, and academic institutions across the country. The musicians perform their entire program by memory, which is highly usual and challenging.

They are currently the Artists-in-Residence at the Glenn Kortt School of Music at the University of Nebraska in Lincoln after being Artists-In-Residence at Harvard University from 2008-2014.

Free parking is available in the nearby Conlan Center lot off Grand Avenue in San Rafael.

Free to:
- Students under the age of 18, including middle school and elementary school children if accompanied and supervised by an adult.
- Community College Students with a valid I.D.
- Music and Art Teachers in grades K-12
- Dominican students, faculty, and staff with a valid I.D.

Single-event tickets (only available at the door 30 minutes prior to scheduled performances):
$18 general admission / $15 seniors over 60.