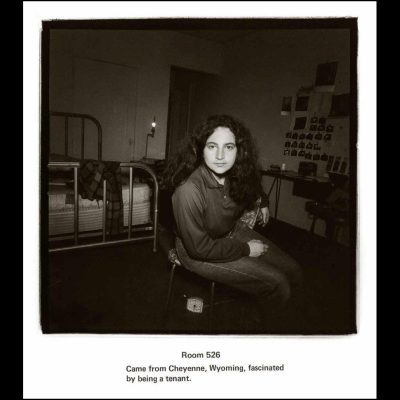 A vignette of humanity, possibility, and self-reinvention in 1970s Hollywood, captured at age 21

Guest Register chronicles the residents of the St. Francis Hotel, a pay-by-the-week establishment in Hollywood, over a 3-week period in spring, 1975.

The curious photographer is Penny Wolin, a then 21-year-old art student from Cheyenne, Wyoming, who checked her judgments at the door. This portrait monograph records her stay there.

“We all live at some hotel. Some of us may go to Encino to escape it, but that is no more effective than pulling your blind down to escape your neighbor’s tuned up radio. We are all here, now. We all make decisions, we laugh and love and feel, and we all end up somewhere.

Think of that the next time you walk past an old hotel.”

Using a medium-format camera and often a single strobe light, her style is transparent, direct but not overbearing, searching but not leering, celebratory yet unsentimental. Guest Register unfolds as a tour, not of a building, but of a community with abiding dreams.

It is a document of an eccentric demimonde captured with precocious assurance through a lens of fascination and detachment, humor and pathos, reportage and art. It begins with a death on the ground floor and rises to a rippled barbell enthusiast in a penthouse.

Presented with one black and white photograph to a spread, each resident is identified in sequence by their room number and a short caption. Wolin draws from these faces expressions of such softness and faith that we feel as if we know them.

Guest Register is both a culmination and a relaunch for an endeavor that, at its heart, is about the possibility of a second chance for all of us.

Penny Wolin is an American photographer, anthropologist, and author of three monographs of photographic portraiture. Her photographs are in the collections of the Smithsonian American Art Museum, the New York Public Library, Harvard University, and the Layton Art Collection at the Milwaukee Art Museum, among others. She has exhibited solo at the Smithsonian National Museum of American History and is the recipient of grants from the National Endowment for the Arts and the National Endowment for the Humanities.

Her editorial portraits—of actors, activists, thinkers, and musicians—have appeared in Condé Nast Traveler, Esquire, Forbes, Rolling Stone, The New York Times, and Vanity Fair. She was a contract photographer for LIFE magazine, working with journalist Anne Fadiman for The American Dreamer monthly feature. Wolin was awarded a directing fellowship to the American Film Institute, Center for Advanced FIlm & Television Studies, and was the Program Director for the Sonoma Valley Film Festival.

Based in Los Angeles, Wolin is an adjunct professor at ArtCenter College of Design, teaching visual literacy through the analysis and practice of photography and film. She is also the artist-in-residence at Meaningful Works Consultancy, Los Angeles. 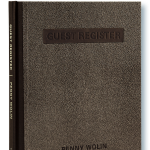 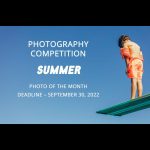 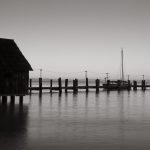 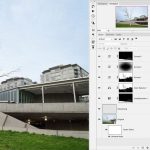 Adobe Photoshop Workshop for all levels 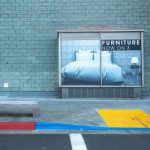 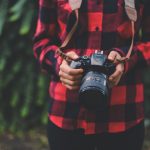